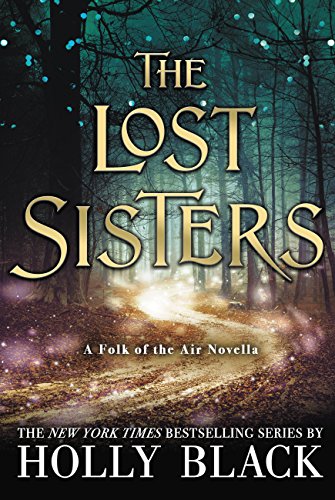 “I never thought it would come to anything bad for anyone but me.”

This was such a pleasant surprise!!!! I had no idea that this novella even existed and then I just stumbled across it on accident. Of course, I downloaded and read it right away (it’s only about 50 pages, after all). Anything to fill the void left by The Cruel Prince! And it was good! I loved this little story, which is crafted as a letter from Taryn to Jude, because it offers so much more insight into Taryn’s character and gives the reader a new perspective to consider during the events of The Cruel Prince.

The entire novella is fashioned as an apology from Taryn to Jude, in letter form. It’s kind of a shit apology, but it does offer some explanation for why Taryn behaved as she did in The Cruel Prince. Her character is much more fleshed out here and you can really begin to see how her mind works and how, really, she is a lot like Jude.

I know a lot of people hate Taryn, and they have good reason to, but I cannot actually find it in me to hate her, because I love a good morally grey character. I feel like I can’t really champion Jude and then condemn Taryn, because much of their choices are the same. Taryn is the objectively “weaker” of the two sisters, in that she is soft and backs down from conflict. She cries easily and obeys the rules. Honestly, Taryn is a lot like me in the face of a fight, so I can’t really fault her for that! I’m a sensitive human, okay? 😭

However, none of this means that Taryn is not strong in her own way. Clearly, she is willing to get down and dirty for the things that she wants. She’s willing to sacrifice everything important to her, including Jude’s love, for a chance to belong in Faerie. Isn’t that exactly what Jude is doing? Where Jude wants power and the agency to get revenge on the Faerie Folk, Taryn wants to be loved, accepted, and adored. She wants immortality through her name and stories about her. She wants fame. They are both willing to do whatever it takes to get what they want.

And Locke happens to be an end to a means for Taryn. Sure, she felt love for him, just as Jude did, when he decided to wile her with his charms and pretty smiles, but Taryn came to realize that to get what she wants, she would have to harden her heart. She makes the choice to “love like the Fae do” in order to continue using Locke. She knows exactly what she is doing, with him, to Jude, etc. And I think that makes her an extremely interesting character.

Not all strong characters wield swords. And not all “sweet, soft, obedient” characters are good. Ugh, it’s so great! Holly Black is truly a masterful writer. Her stories, no matter how long, always manage to convey a profound and layered meaning. Her lyrical prose is absolutely brilliant and often sounds like a fairytale, crafted with beautiful words and dark events, all hiding some moral. I feel like there was a lot of foreshadowing going on in this novella and I am so pumped for The Wicked King now (not that I wasn’t already, because I was dying)!!

Locke remains the worst to me, even if he too is an interesting character to read about, and I feel like he will begin to play a large role in the upcoming books. I was most upset about how he forced Taryn to hurt the bard Edir, and how she enjoyed it. Poor Edir’s pain was palpable, even in such a short sequence. I just love the glimpses into everyone’s true character that we got from this short little story. It absolutely packed a good punch and I would recommend that everyone read it before The Wicked King comes out.

Currently, it is only available for download here on Amazon for $2.99. Worth it!! And if not for the novella, then at least spend that to read the new excerpt from The Wicked King!! I swear, I am not gonna make it to January. I miss these characters. They are deliciously evil and I want to read the rest NOW.

Let me know what you guys think about this one!

I mean, you didn’t even mention Vivi once though, soooo….