“He probed his memory for some recollection…anything at all. He saw only emptiness. All Langdon knew was that he was in Florence, having suffered a bullet wound to the head.

As Langdon stared into his own weary eyes, he half wondered if he might at any moment wake up in his reading chair at home, clutching an empty martini glass and a copy of Dead Souls, only to remind himself that Bombay Sapphire and Gogol should never be mixed.”

Inferno is Dan Brown’s latest historical thriller with Robert Langdon as the main protagonist. In this book, Langdon wakes up in a hospital in Florence, Italy, having absolutely no idea how he got there…or why someone tried to shoot him in the head. From there, the book picks up with the usual mix of suspense, action, and sprinkled-in historical tidbits, as well. The subject matter this time? Dante’s Inferno.

I want to begin by saying that I am a huge fan of Brown’s DaVinci Code and some of his other novels, not because they are masterfully written, but because they are interesting, fun, and bring up some fascinating new ways to consider history. I love history and learning about it, so historical thrillers are a great way for me to delve into that interest. I am aware that the writing may not be the best, but that is not why I read about Robert Langdon and his larger-than-life adventures. I want to unearth secrets with him! Discover some treasure, fall upon a conspiracy, change the world as we know it. You know, fun stuff!

That being said, Inferno really was a decent read. It was not my favorite Brown book, but it was very interesting and kept me turning those pages to find out what was going to happen next. In terms of the plot and the story, it started out a little slow. The set-up with Langdon’s amnesia was a solid, if cliche, introduction to the story, but then it took a while for the excitement over the mystery to sink in. 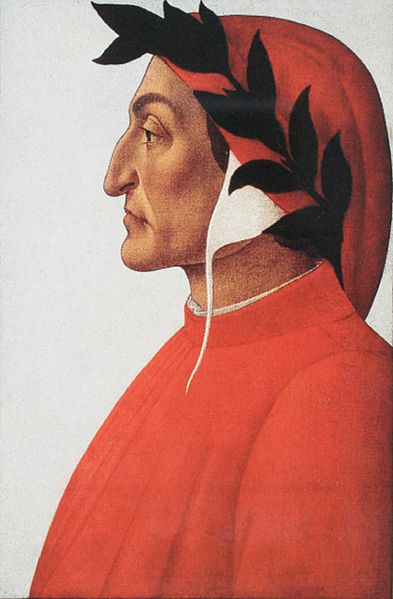 I love Dante, but I am not overly familiar with the intricacies of his Divine Comedy, so I loved reading about some of the lesser know facts/theories surrounding his work. The history, the art, the city of Florence, all of these subjects shined here.

To my surprise, I also thought it was a really clever move to have the historical and poetic elements of the novel intertwine with the more modern, scientific elements. It gave the story a sense of urgency and made it current. The point about the world population crisis and “culling” the people on earth, much like the Black Plague did, was extremely interesting. I greatly enjoyed the factoids and informational tidbits that we were given, even if it felt like a History Channel special connected with action scenes at times.

The characters were interesting enough. Robert Langdon was reliable with his good-natured, tweed-jacket-wearing, unassuming professor presence. The “villain” of Bertrand Zobrist was the most compelling character, I think, because of how shrouded in mystery he, and his intentions, were. Sienna was a bit cliche, but grew on me as the story progressed, and then stood out as an actual multi-dimensional character in the end. The twists and turns in her narrative were fun to decipher.

The ending felt a bit thrown together, packed with a lot of running from here to there and over-long expository passages, but the resolution was ultimately satisfying. It was a fascinating situation that the characters found themselves in and it really makes the reader contemplate their own morality, given then found themselves in similar circumstances.

And honestly, am I the only one that actually thought the “horrible actions” of the villain were pretty…humane? It really did seem like the best possible solution to me, so I am not sure what that says about my ethics! What did you guys think?

Essentially, this is a fun, exciting read for lovers of history, poetry, mystery, and philosophy (especially regarding humanity on a global scale). The writing, while not being the best example of literary genius, does its job. I appreciated this book for what it offers and I expected nothing more. In doing so, I was able to enjoy this journey through some of the most harrowing levels of Dante’s Inferno.

Cake, what sayest you?

I really thought some of the famous works of art would feature cats…but I suppose what we got was still good!