“”When I say forever, Koschei whispered, “I mean until the black death of the world. An Ivan means just the present moment, the flickering light of it, in a green field, his mouth on yours. He means the stretching of that moment. But forever isn’t bright; it isn’t like that. Forever is cold and hard and final.””

This freakin’ book, guys. It was so good. Everything about it was magical, vibrant, raw, brutal, and captivating. When I found out there was a book, an adult fantasy story, inspired by Russian folklore, I immediately catapulted it to the top of my TBR list. The novel is a retelling of sorts about Koschei the Deathless and the girl he steals, Marya Morevna. I was so excited to read this book and let me tell you, it did not disappoint! Spoilers and gushing below.

Let me preface by quickly explaining why I started freaking out the moment I found this book on Goodreads (and immediately opened a new tab to order it). I have always been fascinated with Russian culture and history, and especially their literature. Ever since I started reading Dostoevsky, Solzhenitsyn, Zamyatin, Rand, Tolstoy, Nobokov, etc., I have been obsessed with all things Russian. Sidenote, Cake is actually named after the Russian word for “cake,” which is торт, because she is a tortoise-shell cat and I was trying to be clever ;). I studied Russian history and language in college, and I still try to read as much as I can from classic Russian authors and poets. Still (slowly) working on my language skills, too!  That being said, I do not actually own a Russian/Slavic book of folklore, so I am not as well-versed in those myths and fairytales as I would like to be. So, when I found Deathless, I knew right away that it would be the perfect book for me.

In it, Valente seamlessly weaves a tale of magic, fantasy, and lore interspersed with scenes depicting life in war-time, Soviet Russia. Her novel is at once brimming with magic that wraps around each and every one of your senses, immersing you completely in Koschei’s realm, and ripping the veil away to show the harsh reality of Stalinist Russia. It also begs the question, and eventually answers it in a way, about how the old tales will fair in this new world? What will happen to the old gods, when the new world and its people have no space for them? Valente’s writing, plotting, and story-telling skills are nothing short of masterful. She creates a lush, rich world that is simultaneously romantic and violent, humorous and despairing, hopeful and desolate, complex and subtle. In short, she captures the essence, the very soul of a true Russian novel (as it seems to me, an earnest observer and lover of the culture, but ultimately an outsider). She takes time to showcase the culture, the food, the literature, history, idioms, etc. I appreciate this so much, because I have seen some authors recently, who have used Russia or Eastern Europe as the backdrop for their stories, but have not given any thought to how that would shape the characters or the feeling of their stories. You can’t just give things names that “sound” Russian and say the job is done. So, I applaud Valente for the care, love, and effort she put into researching this novel and giving it that authentic touch.

When I first began to read Deathless, I did not know what to expect. I knew it was not Young Adult, so I did not expect a predictable, candy-coated love story wrapped up in a neat red scarf. But, from the description, I understood that it was about a relationship between Koschei the Deathless, the menacing villain of folk tales, and Marya Morevna, a girl who could stand toe to toe with him and hold her own. Therefore, I did not know what to expect. Once I started reading, however, I realized right away that I needed to shuck my expectations right out the damn window. This book does not hold your hand. It does not lay out a nice trail for you to follow or hold up convenient road signs when you might feel lost. It charges full steam ahead from the get-go and cares not if you are left in the dust. You either hold on for the ride and trust Valente’s writing, or you don’t experience the story as you are meant to. There is no room for questions here, and I, for one, absolutely loved it.

We follow Marya Morevna throughout the story, as it is her journey we are witnessing, from when she is a little girl watching her sister’s bird-husbands fall out of trees, to when she is a middle-aged woman lamenting all that she has lost. Marya is a solid protagonist who keeps the story moving with her energy and strong will. She is soft and hard, bitter and loving, and a true force to behold. When the story opens, she is six years old and discovers magic in the world. The writing sequence about the birds, the repetition and cadence that Valente employs, is reminiscent of the old fairy tales with that ‘rule of three,’ and I loved that she used the same tactic throughout the novel. It helped tie everything together. Once young Marya discovers that there is magic in the world, she knows that she will never be satisfied with a simple life in Leningrad, even if that is what she has been told to accept. I admire how Valente never outright drops a Russian history lesson on the reader, but we get hints of where we are in the world, based on propaganda posters, the Stalinist house elves (the domovaye), the communal living, the street name changes, etc. It is subtle and yet paints such a clear picture of the world Marya is leaving.

And leave it she does, when Koschei the Deathless comes to take her away! Koschei comes to Marya when she is sixteen and takes her to his kingdom of Buyan (stopping at three cottages along the way). This part is so beautiful and tragic, because both Marya and the reader are anticipating the moment when Koschei will appear. But it is not like anything Marya, or we, expect. The descriptions of the food and the atmosphere here are fantastic. The elegance of Koschei’s world juxtaposed with the one that Marya has just left is clever. He seduces Marya and takes first her voice, and then her will from her. While he says he is devoted to her, his little volchitsa, he also wishes to rule her. And she submits to him completely, because she feels she loves him already. This sets the foundation for the give and take in their relationship, and the complex struggles that each of them face when trying to figure out “who is to rule,” (page 113).

Once in Buyan, we are introduced to a number of new characters that again, are not given any explanation. You must take them as they are. A vintovnik, which is part woman, part gun? Absolutely. A leshy, who is a man made of rock and mud? You bet. We meet a vila and a rusalka, chyerti, a half horse, half car, live buildings made of skin and bone, talking dogs, a firebird, a dragon, and, of course, Baba Yaga and her “pets.” Baba Yaga was one of my favorite characters, because she was so brutal and hilarious. She was a main source of the novel’s abundant dark humor. Her advice for Marya about marriage, sex, living in Buyan as a human, and fulfilling her role in the foretold fairy tale was honest, blunt, and extremely funny. When Marya complains about being just ‘another girl/Yelena’ that Koschei has stolen, married, and will eventually abandon, Baba Yaga says, “The littlest fly on a lump of goat shit interests me more than what you want,” (page 140). But, Marya is resourceful, determined, a little bit cruel, and she succeeds in accomplishing the three fairytale-esque tasks that Baba Yaga sets out for her.

While the city of Buyan is packed with interesting characters and places, it is shadowed by the threat of Viy, Koschei’s brother and the Tsar of Death. I loved the history of the Tsars and their war, and how it was paralleled against Russia and the World Wars above. When the realm of humans was dying, the citizens of Buyan, the city of Life, were trying to hold back the influx of dead. It was very compelling to read about how, essentially, all of the old stories, the original ‘gods,’ were overtaken by death. The humans did not have time to remember them, when they were starving in line, waiting for sawdust bread, or freezing in the streets while dragging their dead to the graveyard. It is harsh and cruel, and it is an interesting commentary on Soviet Russia’s political philosophy, saying that “…all the human world is the Country of Death…and finally, after all this time, we are just like everyone else. We are all dead. All equal….This is Russia and it is 1952. What else would you call hell?” (page 344).

These sections depicting Russian life at this time were very powerful, especially as they are punctuated with moving passages from Russian poet Anna Akhmatova (who experienced this cruelty and tragedy first hand). The scene of little Sofiya and her mother dying was the most heartbreaking of all. I feared it would happen, but it was still so merciless and sudden. There was a detached air about it, as well. As if the characters were so used to it at that point, that they simply thought, “Life is like that,” (page 290). Valente manages to maintain this duality between the real and the surreal up until the end of the novel, where everything is tied together, both the fate of Russia and the fate of Buyan. The ending is not necessarily happy, but there is a sense of satisfaction, of acceptance, that “the sweetness of it all is sharpest when placed alongside sorrow,” (page 300). This sentiment is fitting for the tone of the novel, the nature of Koschei and Marya’s love, so very Russian at its core. Much like the ironic toast of “nastrovye,” it sums up the book, and life, very well.

It is no surprise, then, when I say that this story will stay with me for some time, both the tale of Marya and Koschei, and the magnificent writing. I simply cannot get over the prose, the sheer vivacity of the similes and metaphors, and the beautifully real emotion that Valente’s words wrought from me. So, to conclude, I shall leave you with some more of my favorite lines from the gorgeous Deathless:

So brilliant!! I just want to wrap myself up in this book forever. This is definitely one of my favorites! Find your very own copy at Book Depository or Wordery!

Cake, what did you think? 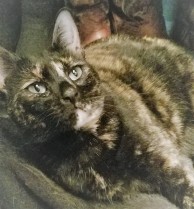 I am in awe of this book. It was genius. I will now contemplate my life and place in this world.